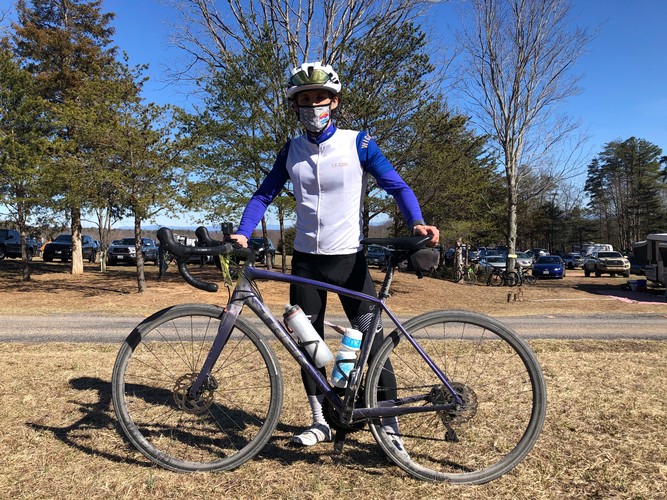 March 08, 2021 - Finished 37th on my first ever gravel race. Not sure I or my road bike knew what we signed up for with this one. The bike was amazing, the race was phenomenal! 100km of pure pain and joy. Read the full post for the race recap! 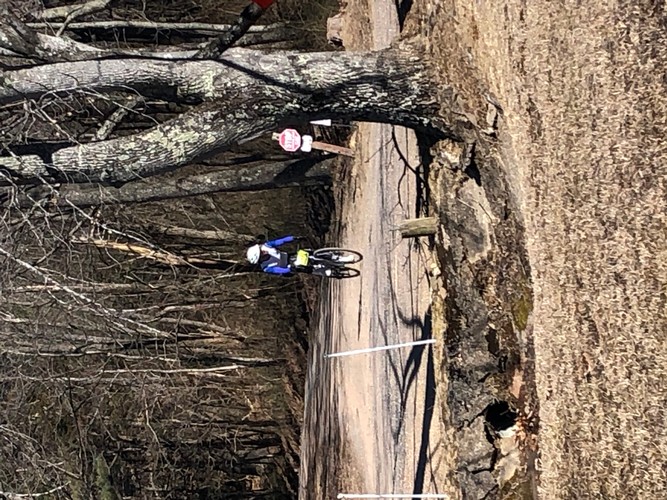 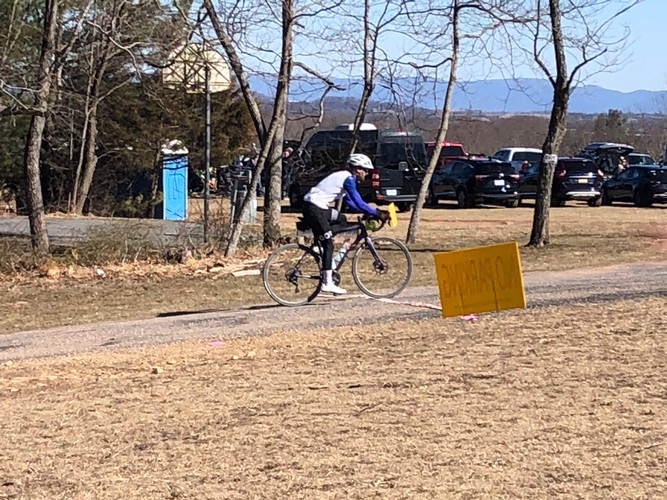 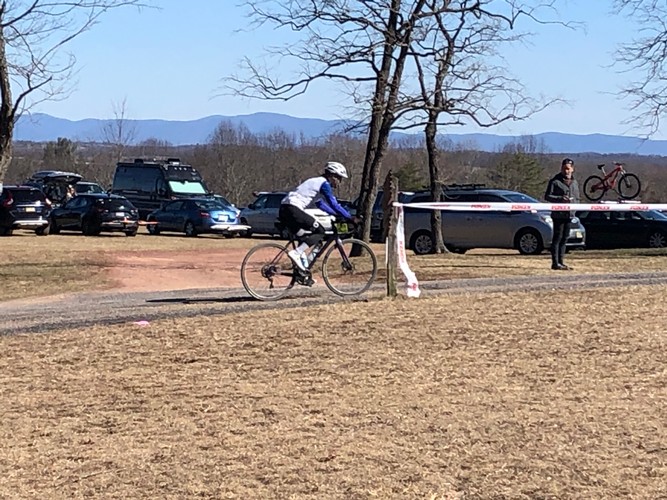 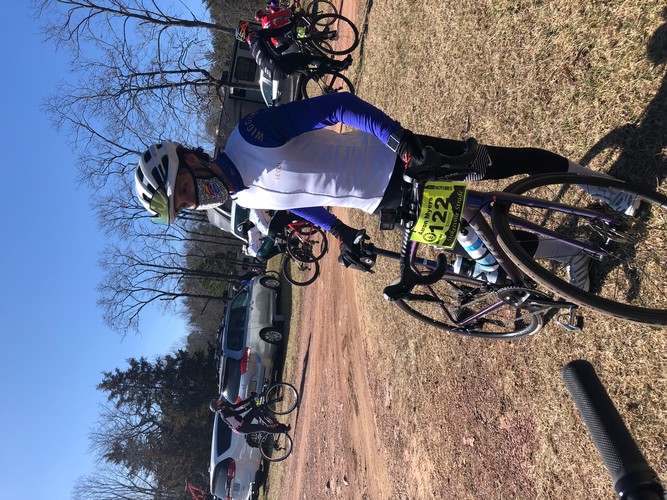 I am a firm believer that some of our best life experiences come spur of the moment and often unplanned. So when my uncle texted me telling me about a 100km gravel race coming up in 3 days, I had registered within minutes. Then came the realization that I own a Trek Emonda with 700x25 road tires on it. So naturally I had a set of the beefiest tires I could fit (28mm Panaracer Gravelking’s) in my Amazon cart only a few minutes later! I can’t say enough how amazing these tires are!!


I loaded my bike, gear, and nutrition, and I was on the road to Stokesville (yes that is actually the name of where the race is) 2 days later. My parents were gracious enough to host me for the weekend, and even help pass me water bottles (that was the plan at least). So I slept the night at their house, and set off to the start of the race on Saturday morning.


I instantly became nervous when I noticed just about everyone else had full on gravel bikes, team uniforms, and just looked flat out fast! My nerves were even higher due to the fact that I hadn’t raced my bike for over a year! Wait...I had actually never raced my bike...that realization didn’t help my nerves either. My plan was to embark into the world of road racing in 2020, but instead I was granted a massive block of time to do solo training.


Nevertheless, the race started, the nerves went, and we were racing bikes! The course was 2 laps, 31 miles each lap, with about 40km worth of full on gravel/dirt. The first 7 miles, however, were all road, and they were fast! With the positioning battle so important leading into the first gravel sector, I found myself at my limit immediately, and all hopes of steady pacing were out the window. The race did settle...slightly, and small groups formed throughout the course.


The two main ways to gain time on people were on the climbs, and on the gravel/dirt descents. I began to regularly pass people on the climbs, only to have them all catch back up to me on the descents. This became the theme of the day for me. Not the bike’s fault, just user lack of confidence on mixed terrain.


About 25 miles in, one bottle of hydration mix down, it was time to reach for bottle 2. I reached down for my second bottle cage...nothing. I looked down, assuming I must have just been reaching in the wrong spot, and nothing was there! Somewhere on the course a full bottle of Skratch hydration mix was sitting. Panic set in, then reason came back. I was 25 miles in, only 6 miles from the end of lap 1, where my dad would be waiting with a bottle for me. 6 miles. I can make it 6 miles. That’s what I kept telling myself. My eyes glued to my Garmin, the miles ticked away exceptionally slowly, but we did finally get to the end of lap 1. The course starts and ends in the Stokesville Campground, and my excitement turned into legitimate fear when I saw the Stokesville Campground sign come...and go. Turns out, you don’t go back into the campground until the end of lap 2. So I went on, my dad waiting in the campground with a bottle for me, and I became ever more envious of everyone in my group with 2 bottles in their cages.


At this point 32 miles in, I knew I had one last water option. About halfway through the lap, there is a drop station. I had placed an emergency bottle at the drop station (assuming there was no way I would ever need it). Now that drop station was my lifeline. I had to make it about 16 more miles (23 miles with no water) and my glorious extra bottle would be waiting for me. At this point our group was splitting apart. Despite being extremely dehydrated, I felt good. So I, and a 17 year old girl I was riding with pressed, dropped our group, and we’re on a mission to catch and pass as many people as possible. Turns out she won the women’s overall division and is some national champion of some form of biking! I wish I could have told you more about her, but I don’t think my brain was fully working properly at this point. We passed several people, and somehow, the drop station appeared.


I ride towards the drop station, and see a man holding out a water bottle, and my hypoxic brain naturally assumed it was for me. I reached out my hand, only to receive a rude “not you” comment from the man (who turned out to be support crew for the girl I had been riding with). Not to worry, my bottle was here somewhere. So I stopped, scanned all around, finally found my bottle, put it in my cage, and was off. I was now about 30 seconds behind the group of 3 that I had been riding with for the last few miles. Equipped with my bottle, the chase was on!


Turns out, bottles leak when the top is open. My bottle had leaked...a lot. I had about 1/4 of a bottle left, and minutes after getting it, my bottle was empty. Nevertheless, I felt a little better with some partial hydration!


With about 9 miles left we had about a 1.5 mile climb, and I knew that was my moment to catch back up to my group. I sold out on that climb. Passing people left and right who had fallen victim to the climb, and the brutal route. I finally caught up to the duo, and decided to keep my momentum and go past them. Now the 17 year old girl (I think her name was Katherine) did eventually catch me, and we stayed together to the end. I don’t remember much of the last 6 miles, but I do remember the feeling of elation summiting the final climb into the campground and crossing the finish line as the race director animatedly was announcing my incredible performance (so I thought).


Turns out he was announcing Katherine, the national champion, and winner of the women’s division.


Overall, it was an exceptional experience and I am hungry for more gravel!