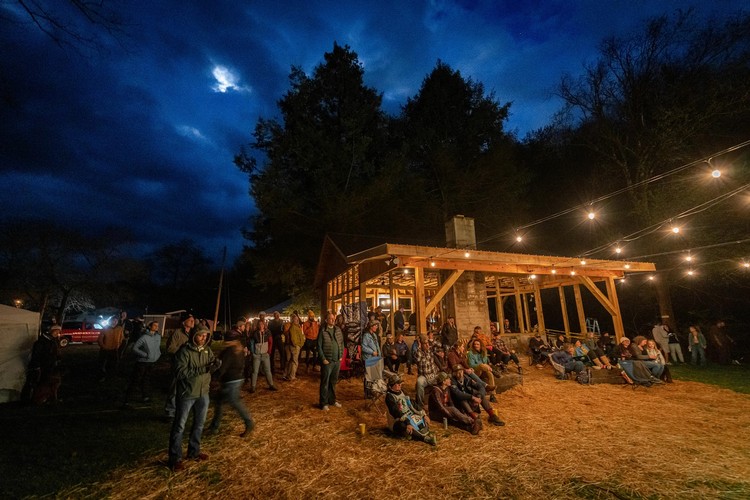 I'm mostly going to steal from the write-up I did already on IG, but this race was seriously a ton of fun. With as challenging as the last 13 months have been for everyone it was refreshing to attend a race where precautions were all taken but helped to make things feel like "normal" before the pandemic. Big kudos to Jason Green and all of the Yeti Trail Runners for putting on such an awesome event safely. There was an all day food truck that was included in the registration that had phenominal food and cakes, and live music Saturday night following the race ending. Some local bands played as well as Morgan Wade (she runs Yeti races and is overall a total badass who can sing like none other). The event was also listed as a no DNF event meaning that whatever distance you hit you would be considered a finisher so there wasn't any risk of taking big chances in going for a distance PR or going out hard for a time PR. I managed to hit everything exactly as planned and really didn't have any issues except for my stomach not being a happy camper after mile 83 and only being able to take down sips of ginger ale and tailwind. Came away with the win and a big 4 hour 15 minute 100 mile PR for a 16:46 100mi time.


“When we dream, we’re giving others permission to do the same.

When our dreams are big, we’re telling the folks who know us that they don’t have to be small either.

When our dreams come true, we’re expanding the worlds of others because now they know theirs can too.

We must dream and dream boldly and unapologetically.” – @luvvie (Professional Troublemaker)

This past weekend I got to run my first in-person running event in the past 4 months. Let me start by saying big kudos to Jason & @yetitrailrunners for putting on this event safely during the pandemic. Even with all the precautions in place this was still a full-on Yeti event. Going into the race I had been feeling probably the best I have physically in the last 6 months. All of my workouts had been at the paces I wanted them to be at generally, which is awesome for only having been up at 7,000ft for 2 months now. The race plan was initially to shoot for 18 hours and keep it conservative at the start and then slowly speed up if it was there. Well, that’s not at all what I did (LOL). From the gun I felt like I had a little something extra and might have been a little spicy running 6:53, 7:13, 7:06, 7:05, 6:38, 7:13, 7:28 as my splits for the first loop. Sorry not sorry. From there, I decided to push until 50Km and then back off to sustain the load of running 69 more miles (nice).